Malnutrition is a universal issue that has affected every country in the world. With hunger and obesity still on the rise, the world is off track towards achieving the Sustainable Development Goal (SDG) of Zero Hunger – ending all forms of hunger and malnutrition by 2030. The current burden of malnutrition across the world is unacceptably high, but with increasing commitment from various countries and the presence of new and better data, the opportunity to end malnutrition has never been greater.

How can we then translate our solutions to actions and accelerate our progress to meet the needs of the hungry and malnourished and achieve these SDGs?

This was the topic of discussion at the global conference on Accelerating the End of Hunger and Malnutrition held from 28-30 November 2018 in Bangkok, Thailand.

Co-organised by the Food and Agriculture Organisation of the United Nations (FAO) and the International Food Policy Research Institute (IFPRI), the conference gathered decision-makers, researchers, practitioners from key organisations and other stakeholders across the global food system to identify and discuss priorities and strategies to eliminate all forms of malnutrition.

The conference also saw the launch of the Global Nutrition Report 2018, which provided a concrete overview of the global progress in combating malnutrition, and showcased the gaps identified suggestions on how to tackle them. With the tagline “Shining a light to spur action on nutrition”, the report aims to guide action, build accountability and encourage increased commitment for further progress towards ending malnutrition. 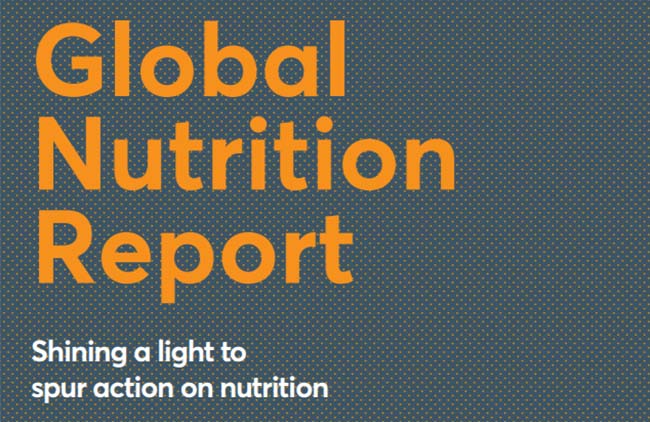 The study also revealed that children who are stunted are more likely to be wasted and vice versa. Coexisting burdens bear down on millions of children, with 3.62% (~16 million) children affected by both stunting and wasting. Countries like Cambodia, India and Myanmar have significant cases of stunted children and anaemic women.

Overweight and obesity levels are also on the upward trend, with 38% adults (2 billion) being overweight or obese and 5.6% (38 million) children being overweight. Yet, no country is currently on course to meet the adult obesity target. Dual forms of malnutrition is a rising issue, as evident by the 8 million children around the world that are both stunted and overweight. In addition, the health consequences of overweight and obesity make up around 7.1% (4 million) of all deaths.

These worrying trends  urge governments and businesses to implement a holistic package of solutions that ensures a healthy, affordable and accessible diet for all.  While actions that have accelerated or hampered progress were identified at the conference, a few key measures were proposed to get on track in order to achieve zero hunger.

Zero Hunger cannot be achieved without recognising the importance of addressing the demographic shift to urban areas. According to the UN, Asia is currently home to 54% of the world’s urban population. By 2050, 68% of the world population is projected to live in urban areas. As such there is a need to increase the availability of safe, nutritious foods in urban settings, and promote healthy diets through behaviour change communication.

Different forms of malnutrition are currently being tackled at different rates, according to the Global Nutrition Report 2018. To accelerate the implementation of actions to achieve Zero Hunger, stakeholders need to come together to develop comprehensive programmes that are able to tackle different burdens efficiently and effectively. The study identified an increase in the multi-sectoral nature of nutrition plans, with 61% of the 164 countries with national nutrition plans involving two or more sectors. By coming together to extend or redesign an action targeted at one form of malnutrition to address other relevant forms, nutrition actions can be used for greater success in eliminating all forms of malnutrition. 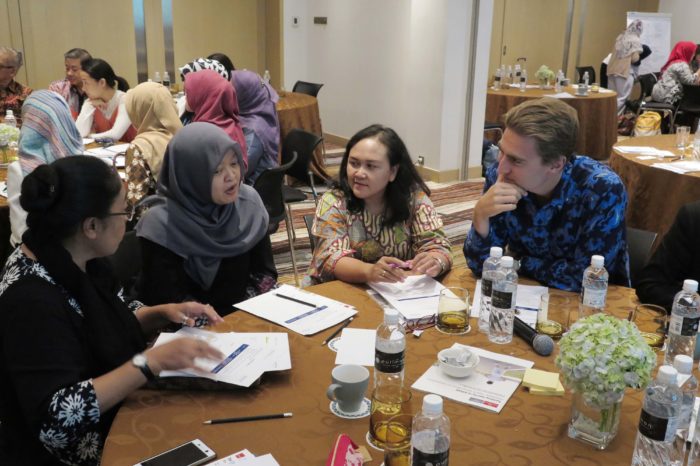 3. Enhancing the Return on Investment

Designing actions that result in impact is impossible without adequate knowledge of who is affected by malnutrition and why. However, this requires adequate and appropriate financing towards all forms of malnutrition. For example, the necessary data to fully understand the burden of malnutrition and indicators of progress is still not present in many countries. There is also limited knowledge on micronutrient deficiencies and how it overlaps with other forms of malnutrition. With these basic gaps remaining, investments on programmes such as micronutrient fortification or community-based growth promotion can accelerate improvement. Returns for improving nutrition outweigh the cost, but investments in nutrition are still low.

While there is some progress to end stunting, wasting and undernutrition, the report has stated that the current pace to end malnutrition is not fast enough. If this trend continues, an alarming number of over 660 million people (8% of the world) will still be undernourished by 2030. In addition to that, 15% of children will be stunted, 6% will be wasted, and 22% will be overweight. “The(se) figures call for immediate action,” said Corinna Hawkes, Co-Chair of the report and Director of the Centre for Food Policy. “The uncomfortable question is not so much ‘why are things so bad’, but rather ‘why are things not better when we know so much more than before?”

If we are to leave no one behind on hunger and malnutrition by 2030, the global community – governments, businesses and individuals – needs to come together now and expedite the measures necessary to end malnutrition in all forms.